What’s causing corrosion in our pipes?

During the last 10 years we have been told that high velocities (water speeds) in pipes cause the corrosion of copper and that plumbing standards have allowed water speeds that were detrimental to the installation of copper pipes. However, onsite field testing has actually found that water speeds were nowhere near their maximum permissible rates and, in fact, the opposite was occurring – the velocities in most instances were too slow. Phil Woolhouse explains. 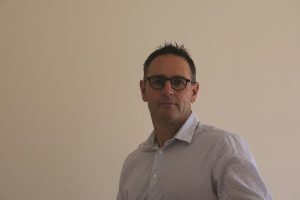 There are currently many opinions being expressed on social media about the cause of plumbing material failures, with quite a diverse range of theories from across the industry.

Some opinions are simply not accurate as they suggest these problems are only occurring in a single material. Those of us who do this type of work professionally know this is definitely not the case.  I have been studying and investigating pipe failures for almost seven years now and if we do nothing as an industry to try and fix this problem, then things will get only get worse for every pipe material and everyone associated with plumbing.

I have been fortunate in my plumbing career. I was trained by and have had the privilege to work with some of the best people in the industry, both in Australia and my place of birth – New Zealand.  My first boss, the late Alan Bull, owner of White & Taylor Plumbers in Christchurch, had one of the smartest plumbing minds in the industry. He once told me, “I don’t want you to fix anything without understanding why it broke in the first place.”

At the end of every day, Alan would go through my maintenance job cards and ask me what happened and why it happened?  If I didn’t know why a problem occurred, he would send me back to the house the next day to try and work it out. You only have to face the embarrassment once of returning to someone’s home to work out what the problem was.

Wanting to know why something happens can be addictive, almost an obsession. There have been many times in the past when I think I have solved a problem only to find out there was something missing in my hypothesis and I was forced to look for another piece of the puzzle. I now see the puzzle as almost complete, with only a slight adjustment required of what we already know. Albert Einstein once said, “If I had one hour to solve a problem, I would think about the problem for 55 minutes before starting on the solution.”

What’s the root cause of pipe or equipment failure?

Well, first and most importantly, it’s not one single thing. It’s a combination of multiple factors that occur simultaneously.

Think of it as the perfect storm in a changing climate. These factors are all occurring more regularly. To make it even more interesting, the combination of different factors changes from job to job and two factors occurring simultaneously can create a third or fourth factor.

Here is what I often encounter and they are in no particular order of importance:

I have been to a building pipe failure where almost all of the above factors were occurring within the same system. Needless to say, that system didn’t last long and nor would have any piping material if it had been used. 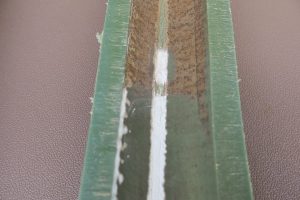 So, where do we start?

To try and explain seven years of acquired knowledge is not going to occur in one single article. I’ll start with trying to explain how a water distribution system in a building works.  The figures and numbers that I use are mostly based on the data I have collected.

A building’s water plumbing system generally operates as a direct reaction to the human bodily needs or functions.  How long do we drink for, or shower, or wash, or go to the toilet for?  On average, we each use 100 to 120 litres of water per day per person.  If we assume the average flow rate per fixture is around eight litres per minute, then individually we are using the plumbing system for a maximum of 15 minutes per day.  That is just a mere 1% of the day that the system is actually flowing per person.

Recording flow profiles in many different buildings starts to show us some common trends.

The first trend is the weekly peak flow. There always seems to be a couple of peak flows that are significantly greater than all of the rest but they only ever last for a short period of time – generally less than a minute. This actual weekly peak is substantially less than the required minimum simultaneous flow as nominated in the AS3500.1.  The system is operating at low flow rates for the majority of the time.

NB: There are some exceptions to this rule and these are normally associated with commercial equipment, such as a tank filling device or an irrigation supply or connection.

We are clearly designing and/or installing our pipes and equipment for the highest possible demands but our systems most frequently are operating at their lowest demand.  I am not recommending that we all go out tomorrow and install several pipe diameters less than we are today; however, we just need to be more aware about how our systems actually function.

High pipe velocities are known to increase the rate of corrosion to copper and other materials.  Cavitation damage is normally the contributing factor resulting from the increased water flow rate. Some believe that due to the reduction in the velocities in the standards that copper pipe needs to be increased in size.  I have found no evidence in the field to support that theory but the calculations within the standard defiantly indicate that to be the case.

I am seeing some instances of increased rates of polymer degradation that are consistent with cavitation yet the velocities measured in the pipe do not support the presence of cavitation. The Australian Plumbing Standard AS3500 is one of the few plumbing standards in the world that include the maximum PSD rate within maximum velocity calculations. How often do they occur less than 3% of the time? Is this really an issue? I don’t believe so.

The low flow rates are generally more critical to the sizing and selection of valves, pumps, water meters and similar equipment – other than pipes.  It amazes me that plumbers all seem to understand how to size a gas meter based on the volume of gas being used but when it comes to a water meter, if the pipe size is 100mm then they also install a 100mm water meter…

The consequences of this may not be that critical to the operation of the plumbing system. You might just miss 30%-40% of water that passes through the meter as large meters do not detect low flows, but it should not affect the overall fluid dynamics.

Make the same mistake with a pressure reduction valve or a diaphragm tank fill valve and we can have some serious turbulence and system dynamic issues.

I will discuss these types of examples in more detail in later editions. As I move on to discuss other topics, the need to understand the majority of times our piping systems are operating at a minimum flow capacity will become a really important aspect of material failure.