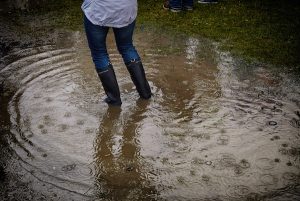 • 77% of survey respondents impacted by water damage were at home at the time of the incident.

Australian homes could be at risk of internal water damage despite an uptick in residents working from home, with new research by QBE Insurance revealing that 77% of people who experienced water damage were home at the time of the incident, unraveling misconceptions that flooding mostly occurs while out of the home.

“Water damage can happen whether a household member is home or not – in fact, being home more often, as many of us are right now, can actually increase the pressure on our plumbing and risk to our homes.

“This kind of damage can also be sudden and severe regardless of whether you’re home or not, which is why prevention, and knowing what to do when something goes awry, are so valuable.”

Despite 53% of research respondents saying their first response to water damage would be turning off the water main, 1 in 5 Aussies (21%) don’t know where their water main is, and worryingly, 1 in 5 (18%) also don’t know how to turn it off.

“Sometimes the difference between no damage and severe damage can be in how quickly a householder responds. Yet concerningly, many people are unaware that much of this damage – and the stress and cost that comes with it – is often preventable,” says Mr. Mann.

Disqualified for 18 Months by Regulator