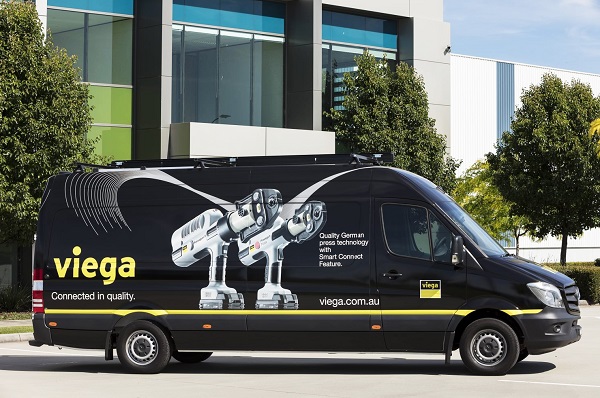 German brand Viega will bring its mobile showroom, the Viega Van, around Australia to showcase its press fitting technology to specifiers, architects, plumbers and hydraulic consultants.

The billboard-on-wheels will exhibit its revolutionary installation technology, which is featured in a number of iconic structures such as the Statue of Liberty, the Pentagon, Sydney Opera House, the Rod Laver Arena and Brisbane’s Tower of Power.

Viega country manager for ANZ Phil Jackson says: “The launch of the Viega Van now enables us to meet our local customers in their environment to educate and inform them on the many benefits of Viega technology and systems. We want to try and serve many store branches and network plumbers regardless of their location.”