Taking the lead in a lead-free Australia

Australian Standards allow for a much higher amount of lead to be used in plumbing fixtures compared to the likes of Europe and the Unites States. Sean Carroll speaks with a group who have been manufacturing lead-free products before the legislation shifts. 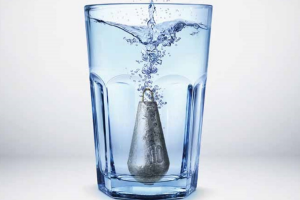 A much talked about topic for years has been how Australia and the Standards legislate regarding lead in our waterways, in particular, our drinking water. There have even been some high-profile incidents surrounding lead poisoning including an incident at the Perth Children’s Hospital and in public drinking fountains in Geelong and Warrnambool in Victoria.

Lead is a persistent, bioaccumulative and toxic substance, meaning it has a high resistance to degradation, high mobility in the environment and high toxicity. It is also easily absorbed into the human body through consumption, ingestion or inhalation and can cause adverse neurocognitive and behavioural issues.

To further emphasise the need for change, the United States and some European countries have made significant progress and are reducing the amount of allowable lead in plumbing fixtures.

One of the major barriers to Australia following is that there isn’t a globally-recognised maximum level of lead for lead-free type alloys. On top of that, the malleable properties of lead make it an easy material to mould to desired shapes and bends.

Lead-free in the US refers to levels containing a maximum of 0.25% in the entire build, much lower than our current Standard of 4.5%.

Research in 2018 by Macquarie University Professor Mark Taylor (no, not the part-time Fujitsu salesman and former Australian opening batsman, Mark ‘Tubby’ Taylor) has found extensive evidence that the current system and methods we use today does result in lead in our waterways.

Mark found that brass components containing lead that are used in water supply and plumbing systems can leach lead into drinking water. Where lead service pipes are present they contribute an estimated 50 to 75% of lead contamination in drinking water collected at the tap in homes and more.

Instead of waiting for Standards to change, the RBA Group, one of Australia’s largest plumbing solutions providers, has made significant progress in this area and have been developing lead-free solutions making these available to the Australian market for some time now.

“Through our partner alliances, RBA’s innovative and progressive lead-free solutions that have been developed have been selectively specified in numerous commercial and institutional applications where the recognition of lead-free waterways has been a key design element,” RBA group’s development manager Tim Fisher says. 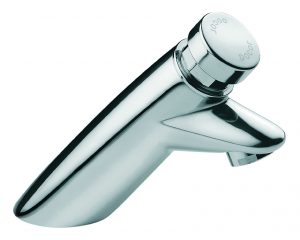 “The lead-free aspect and the small premium that those solutions command has meant that while the issue of lead-free had not been as broadly topical as it is today in Australia.

However the recent issues widely reported are now providing increased recognition for progressive solutions such as those from RBA.

“Our materials choices include US certified lead – free alloys, engineering plastics and stainless steel, all of which are Watermark certified and WELS registered where applicable.”

The Macquarie University study included the input of many plumbing manufacturers and distributors who acknowledged that the price point was an issue.

As Tim adds, the higher price point for lead-free alloys has meant that when directly compared to most standard fittings, there has been some hesitancy as the true value to a project of using lead-free had not been fully explored or demanded.

If the Standards are to change and the industry to follow, materials will become more abundant and practices refined. 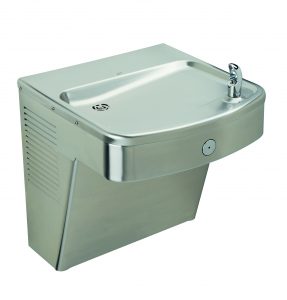 “All of which are Watermark certified and WELS registered where applicable,” Tim says.

Tim acknowledges that in the design stage and future designs, Mark Taylor’s research was referenced quite heavily and his findings will continue to be taken into consideration.
One of Mark’s key findings was the necessity to replace end-of-line fittings where possible such as water fountains and particularly where children would be in contact. This is shown with the current range of fittings all being end-of-line water fountains, bubblers, taps and so on.

But while it’s all kumbaya at the moment, the reason lead is still being used today is because it’s easy. If Australia is to move into a lead-free world, is the juice worth the squeeze in terms of manufacturing?

“It is actually harder to machine than lead-based copper alloys,” Tim says. 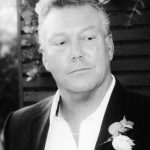 “Significant engineering into tooling designs and machining processes has meant that costs can be somewhat higher due to those investments. However, in time machinery upgrades and tooling, not to mention the need for separation of swarf when ‘lead-free’ copper alloys are used.”

So, when it comes to the topic of lead in Australian water fittings, the discussion again ends as it usually does: with more waiting. If you’re sick and tired of waiting for the Standards to catch up with rest of the world, companies like the RBA Group are saying that there’s no need to wait and are already manufacturing and distributing lead-free solutions today.

More than a pipe dream