As of July 1 2019, Queensland plumbers will have found there are new requirements in obtaining permits for drainage work. Chris Ferguson explains what you need to know.

While there has been a fair amount of confusion about what is required, the plumbing industry has made short work of getting used to the new requirements.

Form1 Section 5 now requires that sites where sanitary drainage work is to be completed require a soil classification report, and, depending on the soil type, a design of the articulation to be used on site. 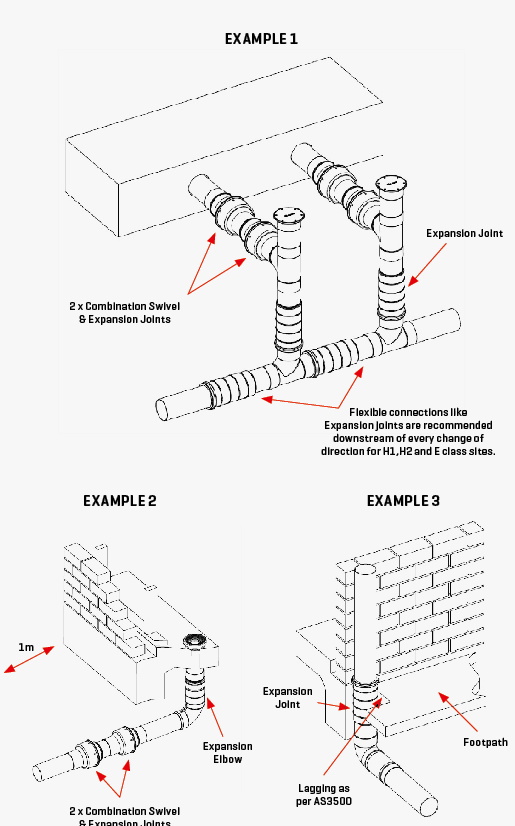 While the Form1 asked for a report and there was some concern about who could provide it, clarifying statements from The Department of Housing and Public Works indicate that a design provided by a suitably qualified expert is adequate. In many cases, that job will fall to the plumber.

Why were these changes made?
Articulated joints are well accepted as a solution to prevent damage to drainage installed in reactive soils and are widely used around Australia. They are particularly useful at the edge of the building where the drainage comes out from under a slab moving from soil which is protected from moisture by the building footprint, into the open area which gets wet when it rains. Over time the differential in moisture content leads to differential swelling (heave) placing huge stress on fixed PVC plumbing systems.

The local councils in areas with highly and extremely reactive soils are already requiring appropriate protection for the plumbing system, but there is no way for the council to know whether a developer has brought in soil to a site which may later cause issues with expansion, so this change to the Form1 (mandating soil classification and design of articulation) is a step in the right direction for the protection of the ultimate customer – the home owner.

AS3500.2 for Sanitary Plumbing and Drainage currently refers to AS2870 in Clause 5.6 and to the installation of flexible articulation joints in Clause 5.6.4 (b), and there is currently a Standards

Australia working group aligning the requirements of AS3500 and AS2870, so look out for the changes in the years to come.

The smart plumber will be installing plumbing and drainage systems now in line with AS 2870-2011 Clause 5.6.3, which requires the following considerations for all M, H and E class sites:

What are reactive soils?
The new Form1 refers to several CLASSES that come from the soil testing reports used in the design of structures on site. These are mostly easy to understand (Table from AS2870 shows the list), with the exception of “P” type sites which we discuss below.

Reactive soils have the characteristic of reacting to water – that is they swell when wet and shrink when dry, the Class refers to how much they react: moderate, high or extreme and AS2870 provides the typical surface movement you might see from these soils.

P Class is commonly thought of as problem soil; however it really refers to sites that cannot be classified otherwise due to a number of reasons.

While the site may not have particularly reactive soils, other features create situations which may result in the need for articulation – trees are the classic example: since they can take moisture out of the ground in an uneven manner, they often result in differential moisture on site. This means that the structural designer has to produce a custom engineered solution for the site. Soil test reports which classify a site as P may also refer to the reactivity of the site as a subset of the P classification.

What do you do if you have an H, E or P site?
If you’re submitting a Form1 in Queensland, you’ll have to provide a plan showing the swivel and expansion joints and how these will meet the amount of movement suggested by the site class.

For a couple of examples, we’ve explained the type of joints you may need to consider:

Once you’ve found out what the soil on your site is, what do you do about it?

Plumbing as a science