Plumbing as a science

Teachers at Chisholm Institute of TAFE have decided to take a more ‘scientific approach’ to plumbing training – and students, staff and employers are reaping the rewards. John Power reports. 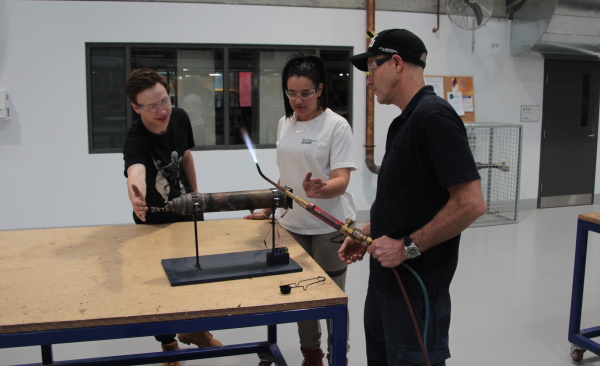 Just over 12 months ago a visionary reform to plumbing training was set in motion at Chisholm Institute of TAFE, Victoria.

This reform, aimed squarely at introducing a higher level of rudimentary science to Cert III–IV training programs (see table on page 16), encourages students to understand not only ‘how’ plumbing systems work, but also ‘why’ they function as they do in broad scientific terms.

Chisholm general manager trades Bryan Ornsby was the main instigator of the new training program, assisted by a progressive team and administration.

According to Bryan, plumbing has always been a scientific endeavour, but in recent years the science content has been lost in a swirl of competency-based teaching models. Nevertheless, it’s not hard to identify a list of scientific principles and theorems underlying everyday plumbing installations: corrosion, fluid mechanics, liquid and gas pressure behaviours, siphonage, thermodynamics, and expansion and contraction, to name a few.

Most plumbers, Bryan says, learn about these kinds of scientific ideas intuitively while on the job – a process that can take up to 10 years of practical experience.

“All we’re doing is trying to get in early,” he says.

“Apprentices who come through our [teaching] system will have a really good fundamental understanding of science. They may not ‘know’ the science, but they will definitely have enough awareness to ask the boss about something that might be critical to building integrity or safety.”

TEACH BY DEMONSTRATION
Bryan is adamant that he is not trying to turn apprentices into university students, nor does he want to over-intellectualise scientific instruction.

“The angle we’re taking is: we’re not really teaching ‘science’; we’re exposing the students to experiments,” he explains. “After all, if I said I was going to do a science course, most guys would say they hated school, which is why they wanted to become a plumber in the first place. But if I take a piece of copper pipe, put water in it and place it in a freezer, and then ask the students what will happen overnight, they’ll come back in the morning and see the pipe has burst.” Such demonstrations, Bryan says, cover off multiple competencies at once and introduce students to lifelong lessons about the performance of basic materials and plumbing systems.

STUDENT, TEACHER SATISFACTION
Student reactions to the more science-oriented program have been overwhelmingly positive, Bryan says, with feedback scores in the 90%+ range in terms of enjoyment and engagement.

Importantly, teachers have also responded well to the change in curriculum, which is an impressive achievement in light of the different ages and experience levels of Chisholm’s 26 or so Cert III-qualified instructors. 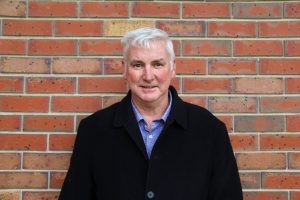 Teaching methodologies have been updated using what Bryan calls an ‘explicit’ teaching style, which relies on very clear and direct teaching and communication processes, backed up by continual demonstrations and student-teacher interactions. While teachers are free to retain their own personal style, they are all subject to previously agreed models of course structure and content. By formalising coursework in this way, Bryan says, teachers have been able to streamline departmental performance. In addition, continuous professional development, facilitated by Chisholm’s professional educator college, is designed to stimulate a steady and even evolution of the program for years to come.

NATIONAL ADOPTION?
Most plumbing professionals know that the trade is State- and Territory-centric as far as regulation, certification and teaching are concerned. A downside of this fragmentation is that reforms to curricula at a national level happen very slowly, depending on the will of each jurisdiction.

Will Australia’s 500-odd teachers of Cert III-level studies be adopting Chisholm’s reforms any time soon? “I don’t know that we have the capability or the appetite for it,” Bryan speculates, admitting that not all TAFE colleges share the same resources or cultures. The classification of plumbing as a STEM (Science Technology Engineering & Mathematics) subject, he concedes, may take some time for the profession to embrace.

“All I know is that at Chisholm we have a method so the teachers can bring classes to life in their own way, but to a standard so I can say ‘hand on heart’ that when a teacher goes into a workshop, we have a good structure for them to run by.”

That process is already delivering competent and science-aware apprentices, which can only benefit employers, homeowners, and the wider community.