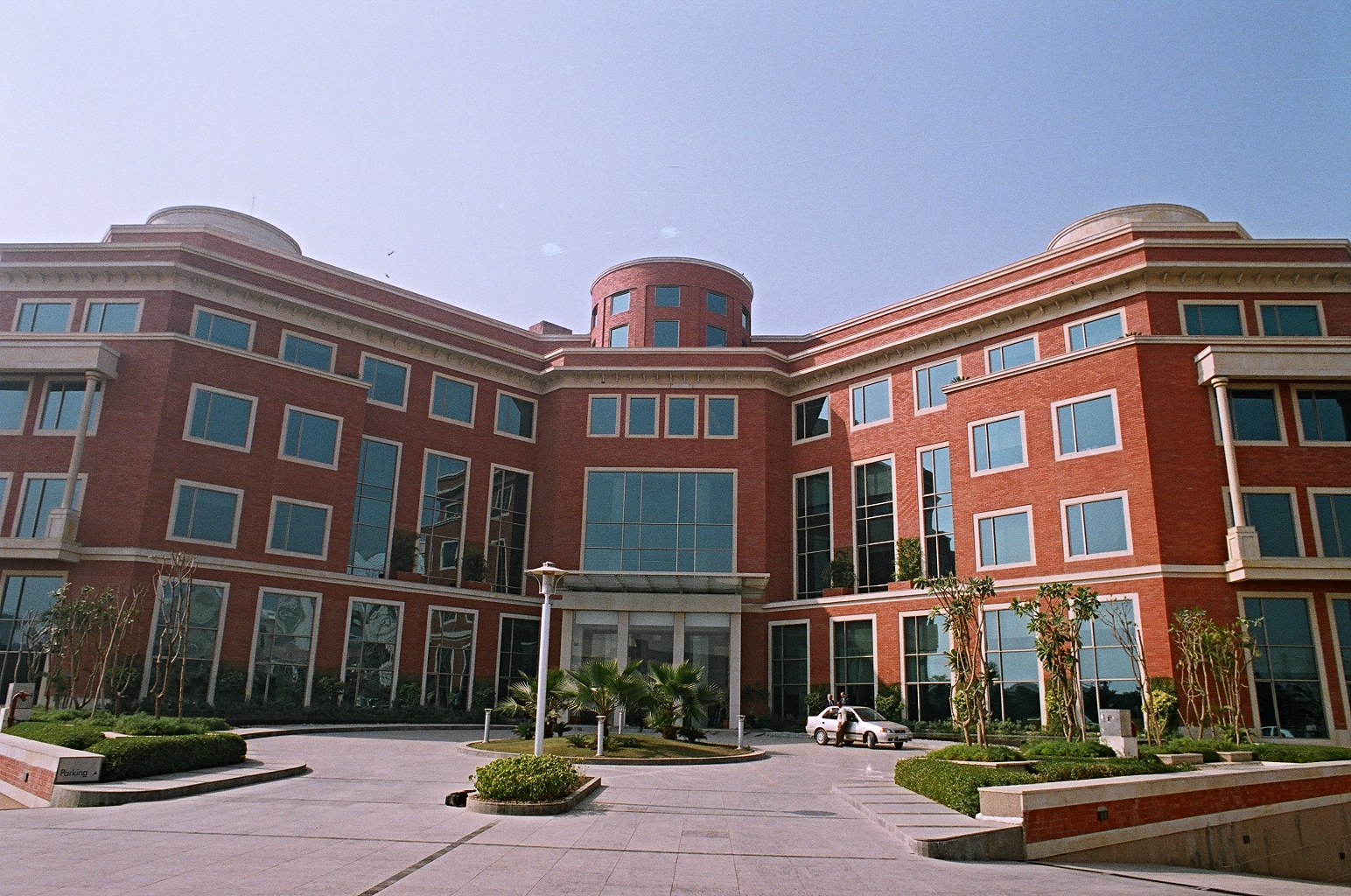 When ITC Ltd, one of India’s foremost private sector companies, opened its new ITC Centre offices recently, it realised a dream to create a building with ‘Platinum’-rated efficiencies, as certified by the LEED Green Building Rating System® in the US.

Kolkatta (Calcutta)-based ITC has a market capitalization of around $12 billion and a turnover in excess of $3 billion, with significant needs for office space to accommodate a diverse portfolio of business ventures. The company has interests in varied manufacturing and service industries including cigarettes, hotels, packaging, agribusiness, and a range of consumer products.

ITC’s hotels chains are among the finest and fastest-growing in India, featuring in excess of 60 hotels across more than 50 locations. Many of these major hotels are marketed worldwide by the Sheraton Corporation. As a matter of ‘primary policy’, ITC makes every effort to ensure that its corporate growth is underpinned by environmentally sensitive building infrastructure, with a strong emphasis on energy savings and water conservation; premises planned in any particular region blend with the local and traditional architecture. This is achieved without compromising high-quality engineering and other services that are needed in the hospitality industry.

As a builder of complexes for its own enterprises, ITC always has several construction projects going on at once, managed by a team of highly experienced dedicated professionals.

Several years ago ITC’s business activities in New Delhi were burgeoning over a wide area, and the company decided to consolidate many of its administrative and management functions in a central location: the concept of the ITC Centre was born.

The site chosen was the rapidly evolving city of Gurgaon in the neighboring State of Haryana, about 30kms (18 miles) from New Delhi. Today there is a workforce of 250 people in the building; numbers can increase to 400 for brief periods during special training courses and seminars.

Consulting sanitary engineer S.G. Deolalikar was involved in the building project. Mr Deolalikar, president of the Indian Plumbing Association, is India’s pre-eminent plumbing engineer, and was recently awarded the World Plumbing Council (WPC) medallion by the WPC Board for his service to the plumbing industry.

According to Mr Deolalikar, the complex accommodates many of ITC’s New Delhi-based corporate staff, and is also home to the Hotel Management Training Institute.

“The building is constructed on a 0.8ha (two-acre) site in a fast-growing urbanized area,” he says. “Most adjoining buildings are used for commercial occupancies engaged in the now famous Indian software development sector and Business Process Outsourcing (BPO) activities.”

The city of Gurgaon, Mr Deolalikar explains, is serviced by basic sanitary infrastructure for its water supply, city sewerage and storm drainage. However, city water is in “short supply” and delivery is restricted to a few hours per day. The building has to depend on a locally bored tube well of approximately 610mm (24in) diameter and a 152mm (6in) housing and slotted pipe. The water from the well is chlorinated, filtered and softened to ensure that it is safe.

Gurgaon building permit by-laws require every major property to be equipped with a rainwater harvesting system, Mr Deolalikar says. The annual monsoon period is July-September and total rainfall is about 610mm, spread over about 30 rainy days in the season. There is about 100-150mm (4-5in) of rainfall in winter in the January-February period. With this extreme rainfall pattern impounding and storing rainwater for part or all of the year is not a practical proposition.

“The rainwater is recharged into the ground water in an open-dug well with a slotted bore in the middle terminating about 182mm (6ft) above the ground water table to prevent possible contamination of the ground water,” Mr Deolalikar says. “The rainwater is collected in a conventional piped system and connected to the recharge wells (two are provided in this project). The inlet of each recharge well is provided with a strainer, allowing the incoming rainwater to go through a coarse filtration process through a media of small stones, pebbles and coarse sand. Interceptors on the inlets prevent road debris from finding its way into the recharge well.”

As a matter of ITC’s company philosophy it was decided to install a local sewage treatment plant of 25m3 (82ft3) capacity per day for the recycling and reuse of the domestic sewage within the building for landscaping. The process used is the Fixed Aerobic Biological Unit (FAB) built as a compact plant.

“It may be interesting for many readers to know that factory-made package units are still rare in this country, and most plants of this type are assembled by vendors using concrete tanks, which is actually a much cheaper option than pre-fabricated steel,” Mr Deolalikar says.

“The treated effluent is filtered and chlorinated before being used in the gardens. The landscaped areas have a Rainbird sprinkler system, and the excess flow is connected to the city sewers. A curious fact is that after commissioning the plant we found that it tended to ‘misbehave’ or give off odors during weekends. This was due to low or negligible loads on the plant, so the operators tended to shut it off. The problem was soon rectified by operating the plant on a timer intermittently, and the odors soon vanished.”

The system now provides for the efficient use of rainwater as well as the recycled domestic sewage. The plant influent and effluent is tested regularly and monitored by independent laboratories to ensure that both the effluent and operational standards are of the highest quality.

Water supplies sourced intermittently from the city grid are supplemented by the captive bore well. Mr Deolalikar says the ground water quality is good and all efforts are made to use minimum quantities as a conservation strategy. Only the purest and safest water is used for domestic use and for cooking in the central kitchen. Use of recycled water is confined to non-potable purposes such as flushing toilets and urinals, gardening and for cooling tower make-up.

“In view of the rather acute water shortages and the low pressure in the city grid, there is a need to store over one day’s water requirements at ground level as a stand-by before filtration and softening,” he says.

The ITC Centre is a fully fire-protected building with a standpipe hydrant and a sprinkler system, along with smoke detection and all safety mechanisms required in the electrical and HVAC systems. All systems are connected to a central console and automation system.

“Water shortages required the provision of captive static fire storage equal to two hours’ requirements, along with dedicated fire pumps backed by emergency power,” Mr Deolalikar explains. “As there are no street hydrants in the city network each building has to provide its own ‘external fire ring main’ with standpipes that can be used by the building’s security personnel and city fire brigade for fighting any fire from outside the premises.”

The piping system is cast iron configured on conventional lines and connected to the city sewer through the sewage treatment plant.

Water-saving properties were the most important criteria in the selection of plumbing fixtures.

“Neither the plumbing section of the National Building Code of the Bureau of Indian Standards nor local plumbing Codes specify enforceable rates of flow for different types of fixtures,” Mr Deolalikar says.

“Acting on advice from the plumbing consultants ITC decided to use parameters set down in the Uniform Plumbing Code of the US, as well as those specified by the Green Building Certification documents (both are nearly the same). Water-saving fixtures used include low volume/dual flush water closets, and infra-red (magic eye)-operated urinals and taps, with rated flows certified by the manufacturer of the supply fittings.”

The work was executed by experienced plumbing contractors who had worked with the company on other projects, and supervised by the company’s project management team under the guidance of the architects Rajinder Kumar & Associates and consultant Deolalikar Consultants Pty Ltd, both from New Delhi.

The building is one of the first with an area of more than 54,000m2 (180,000ft2) to have received a LEED ‘Platinum Rating’ from the US Green Building Council.

Are waterless urinals a health hazard or ...

Designer bathrooms that save water