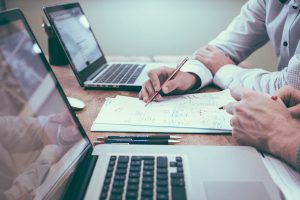 Close to 2000 virtual plumbing audits have been undertaken by the Victorian Building Authority (VBA) since July 2020 as part of the regulator’s Plumbing Audit Program.

The use of virtual plumbing audits forms part of a recent expansion to the capability of the VBA’s Plumbing Audit Program.

Virtual audits have complemented the work VBA plumbing auditors do on the ground, with site visits still necessary for a range of works, including roofing, drainage and carbon monoxide testing.

Hosted through Microsoft Teams, practitioners are invited to join a Microsoft Teams meeting with a VBA plumbing auditor, generally for inspection of individual appliances and rectification works.

The VBA’s State Building Surveyor Andrew Cialini said that in recent months, virtual audits have enhanced the reach of the Plumbing Audit Program.

“Virtual plumbing audits came to life at the height of the coronavirus pandemic, when the VBA sought to continue its important plumbing audit work, while balancing the safety of the community, plumbing practitioners and VBA auditors,” Mr Cialini said.

“The program has become a tremendous asset by cutting down on travel time and enhancing the reach of our plumbing auditors, allowing them to reach more regional areas more often.”

Since their commencement, almost 40 per cent of all virtual audits have been undertaken in regional local government areas, with Greater Geelong City Council (89 audits), Mornington Peninsula Shire Council (57 audits) and Ballarat City Council (46 audits) the most frequented.

Virtual audits account for about 30 per cent of the Plumbing Audit Program, with the remainder of audits still undertaken in person.

During a plumbing audit, if work is identified as being non-compliant, a practitioner will be given a rectification notice advising of all work requiring rectification, with another audit to follow within four weeks.

Plumbing practitioners have relished the flexibility and ease of scheduling virtual audits, particularly for rectification works, commenting favourably about the convenience and efficiency of virtual audits.

Virtual plumbing audits have allowed these rectification audits to be undertaken sooner, reducing the time that non-compliant work is outstanding.

Gasfitting non-compliance has been the most prevalent issue found during virtual audits, with 229 non- compliances identified, followed by rainwater tank (73) and hot water plumbing (37) works.

As part of the Plumbing Audit Program, compliance auditors evaluate performed plumbing work based on the lodgement of compliance certificates, with the auditor’s role to ensure that the work complies with all relevant plumbing laws and standards.

The compliance certificates to be audited each month as part of the Plumbing Audit Program are selected using risk-based criteria.

The VBA has developed a detailed guideline for the conduct of non-mandatory Remote Video Inspections (RVIs), which can be accessed at vba.vic.gov.au/news/news/2020/remote-video-guideline-to-complement- on-site-inspections

To find a licenced or registered practitioner visit vba.vic.gov.au/tools/find-practitioner

Safe work at heights must start at ...