Plumbing Connection has published stories from far and wide in relation to wet wipes posing a major threat to sewerage systems… but now the problem has made itself known on home soil. When will something be done?

While manufacturers maintain their claims about wipes being safe to flush, plumbers, contractors and councils beg to differ. Unfortunately though, the fight against ‘flushable’ wipes and their manufacturers is falling on deaf ears as stories of blockages continue to run rife around the globe and more recently, in our own backyard.

Sydney Water has a major problem with wet wipes in wastewater pipes and its research has shown that one in four of the 4.6 million Sydneysiders are currently contributing to the problem by flushing wet wipes down their toilet. 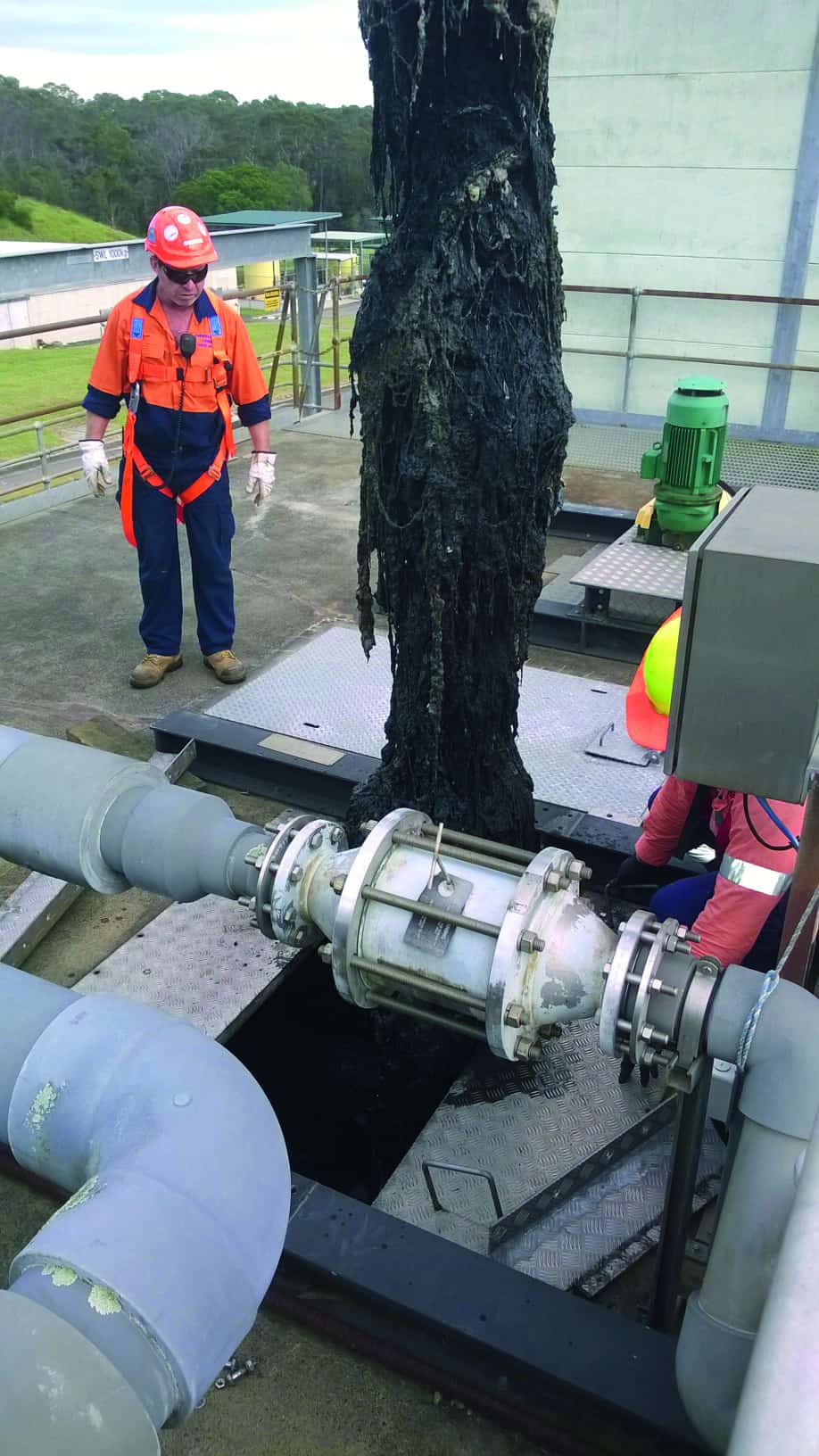 Tests undertaken by Sydney Water and Choice have confirmed wet wipes, whether branded ‘flushable’ or not, do not break down as claimed and should never be flushed down the toilet.

Sydney Water’s General Manager of Services Delivery, Eric de Rooy said, “We want to stop the impact blocked drains and sewers have on our customers and our ‘Keep Wipes Out of the Pipes’ campaign, in association with Choice’s ‘Flushbusters’, will better educate our customers of the risks of flushing anything but toilet paper and human waste.”

Choice recently awarded a leading brand name wipes manufacturer a Shonky Award for its deceptive claim that its ‘flushable’ wipes disintegrate like toilet paper. Choice has also referred wet wipes manufacturers to the Australian Competition and Consumer Commission (ACCC) regarding the misleading representation that wet wipes are flushable.

More than 500 tonnes of wet wipes are removed from Sydney Water’s sewers each year – the equivalent weight of four blue whales . Over the past two years Sydney Water has removed enough wet wipes that, when laid end to end, they would reach from Sydney to LA and back, and the problem is increasing!

Wet wipes may flush and clear your toilet bowl, however they can combine with fats, oils and other things that shouldn’t be flushed into big, congealed clumps – or ‘fatbergs’ – in the sewer.

“Around 75% of Sydney’s sewer blockages involve flushed wet wipes which often need to be cleared by hand by Sydney Water staff”, Mr de Rooy said.
“Flushed wet wipes are costing Sydney Water around $8 million every year to remove, a costly issue utilities around the world are battling.

“This isn’t simply a cost to the water utility companies,” Mr de Rooy said. “Many customers have told us that based on the ‘flushable’ labelling of wipes they thought it was okay to flush, only to be hit with expensive plumbing bills.

“One of our customers notified us that they had been hit with a $16,000 plumbing bill as the result of wipes blocking the sewer pipes on their land and there have been many other examples of plumber’s bills to remove wipes in customer’s sewer pipes ranging from $100s to $1000s.

“We don’t want our customers to flush away hard-earned dollars on clearing their blocked drains or through higher water bills to deal with the issues these wipes can cause in sewers.

“The impact on the environment can also be dramatic, with overflows caused by sewer blockages contaminating local creeks, rivers and even beaches.

“Our research has shown that while women were buying the wipes, men were using them as ‘replacement toilet paper’. Most of the men were found to be aged 15 to 44, and stated they liked using wipes ‘because of the texture’.

“Our message to customers is simple,” Mr de Rooy continues. “Keep wipes out of the pipes – bin it, don’t flush it.”