Features
Home›Features›Taking the piss out of toilets

Taking the piss out of toilets

As we learn more about the effects of waste on our environment, the need for waste separating toilets grows. Sean Carroll speaks with the designers of the latest in this new toilet design.

In late 2018, Microsoft co-founder Bill Gates stepped up to a stage at the Reinvented Toilet Expo in China with a jar of human faeces. He was drawing attention to the amount of human waste that we put into the environment and more particularly, that we need to update and redesign the technology behind toilets.

Technology that hasn’t changed much in over a century. 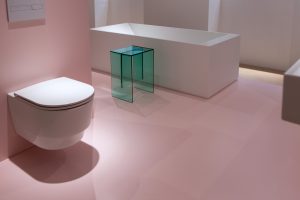 The American tech mogul wasn’t the first to draw attention to the issue. Waste separation toilets and management systems have been trying to change the way we go about our business for a while now.

Studies have found that excessive nitrogen levels caused by sewerage and the use of agricultural fertilisers are more threatening than rising carbon dioxide levels and climate change.

“Wastewater management is vital if we are to prevent catastrophic damage to the world’s rivers and oceans,” Swiss Federal Institute of Aquatic Science and Technology (Eawag) senior scientist Tove Larsen says.

Another finding of the studies is that due to high levels of nitrogen in rivers, there are numerous dead zones causing an exponential increase in algal blooms in coastal areas. This is followed by a death of the phytoplankton and zones without oxygen where all sea life dies.

As one of the leading water research organisations, Eawag has found that by separating waste streams and sustainably processing them, useable resources can be extracted and thereby remove potential waste from our sewerage system.

Eawag teamed up with Austrian design studio EOOS and Swiss bathroom designer Laufen to develop the Save! urine separation toilet.

The Save! passively collects urine and flush water with what they call the “teapot effect” to be then turned into fertiliser. Its name comes literally from pouring a teapot and how, at a low velocity, the liquid can sometimes slide along the surface of the teapot instead of out and into the cup. 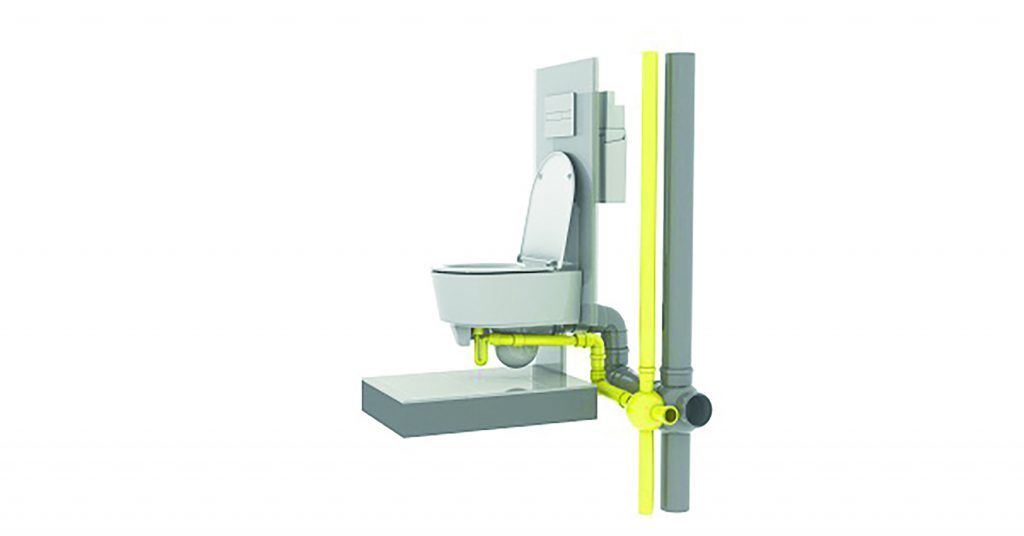 As waste water runs along the ceramic, instead of falling through the same hole, it glides into a separate compartment.

“The urine is collected with a separate piping system and then further processed as fertiliser,” says EOOS.

“Flush water and faeces are transported to waste water treatment plants which then could treat significantly more waste water because of the lower nitrogen load. Growing cities can further use the existing infrastructure and reuse the nitrogen for agriculture instead of destroying nature.”

The urine stream is sent to a reactor that treats the waste using microbial transformation, activated carbon filtration and distillation to transform source-separated urine into a fertiliser called Aurin.

The fertiliser has been officially licensed by the Swiss Federal Office for Agriculture for use on all plants and is considered safe for use. 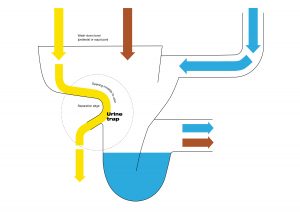 What’s different from other waste separation toilets is that the Save! doesn’t require any change in behaviour. It looks and acts similarly to a traditional toilet.

Waste separation toilets have started and failed to be adopted on numerous occasions. Tove says it’s likely because of how it forces the users to change behaviour:

“Although 80 to 85% of the people thought that it was a really good idea, the more they had to live with the toilets themselves, the more critical they were towards this technology, which is not really mature,” she says.

This design looks and acts the same as a traditional toilet would; there is no change in behaviour necessary. So don’t worry, everything you learnt in potty training is still applicable here.

In terms of installing, the Save! requires another pipeline to separate the two different waste streams. The additional urine pipe is the same diameter as is needed with urinals.

The Save! toilet design is currently being tested in universities worldwide and is waiting for approval to reach the Australian market.

“The availability in Australia is dependent on the approval procedure which has not yet started. However, it received six stars on the WELS scale with the first prototype test at the Laufen lab,” EOOS says.

It’s likely just around the corner.

The circular economy and our future