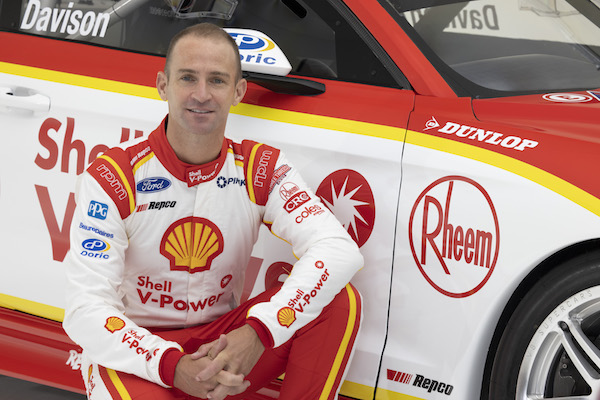 The Shell V-Power Racing Team is proud to announce long-time partner Rheem will continue to support the reigning championship team in 2021 for the fifth successive year.

Chairman and CEO of Dick Johnson Racing Ryan Story said it was important to acknowledge the continued support of Rheem who has backed the team since 2017.

“We’re delighted that the Rheem brand will remain on our iconic Shell V-Power Racing Ford Mustangs, as it has done for the past four seasons.

“Rheem has been the trusted name in hot water in Australia for more than 80 years. It’s a brand that has a reputation for quality and reliability, and we are thrilled to partner with Rheem in racing and business.”

Rheem CEO Chris Taylor, said Rheem is very proud to be a part of the Shell V-Power Racing Team success story and look forward to another exciting year of racing.

“Rheem has a fantastic partnership with Dick, Ryan and the race team both on and off the track. We’ve enjoyed being part of three Drivers’ and Teams’ Championship wins, and we want to continue to build on those achievements.

“Rheem is number on in hot water in Australia, and the Shell V-Power Racing Team is number one on the racetrack – we’re looking forward to this success continuing in the future.”

“We also wish the team’s two new drivers, Anton De Pasquale and Will Davison, much success this year,” said Taylor.

The first round of the 2021 Repco Supercars Championship kicks off with the Mt Panorama 500, Bathurst 26-28 February.