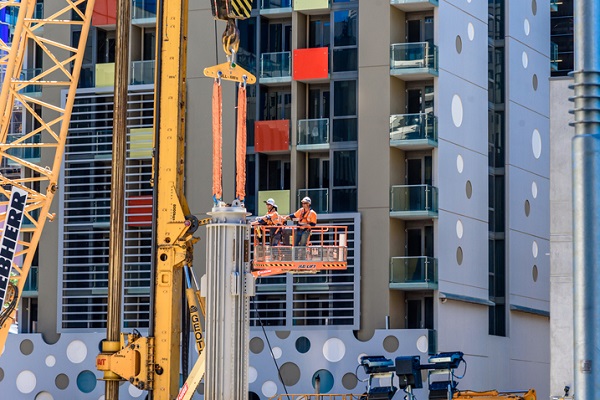 The CFMEU NSW branch says that construction workers and subcontractors are being ripped off at record rates, saying that builders and developers are using the COVID-19 pandemic as an excuse to withhold payments for work already done.

“NSW subcontractors and workers are owed millions in late payments from dodgy developers while the government and the industry refuses to act,” CFMEU NSW construction secretary Darren Greenfield says.

“In recent weeks I have spoken to subcontractors whose businesses are being devastated and the jobs of workers put at risk because they are owed massive amounts by big name builders and developers who simply refuse to pay on time.”

He adds that it’s a chronic issue in the industry that has been growing worse for years and poses a significant risk to the viability of smaller operators who do the bulk of the work and employ most of the workers.

“Payment disputes in the NSW construction industry have almost doubled in the June quarter, with figures reported today showing claims for adjudication jumped from $114 million to $225 million over that time,” Darren says.

“Both state and federal governments are sitting on recommendations from multiple reports to fix the problem by enacting security of payment laws that would stop builders and developers using money owed to subcontractors and workers to boost their own cashflows.

“Payments are being withheld for months and even years and subcontractors who employ the workers who do the work face going to the wall while being forced to underwrite the profits of some of the biggest builders and developers in the industry.

“The State Government has been sitting on recommendations to fix the problem since 2012. They need to start protecting small business operators and the workers who build this state and stop listening to the NSW Master Builders and their donor mates in the property industry who oppose these changes.

“The Federal Government needs to enact the recommendations of the 2017 Murray Review into security of payments, particularly around implementing statutory trusts, to protect workers and smaller industry operators from big property developer bullies.

“Nationally, the MBA are blocking the implementation of statutory trusts and urgently needed reforms to security of payment laws as they are supporting the interests of big property developers and builders over the subbies and workers who do the vast majority of the work in the industry.”

WaterSecure on a mission to protect Aussie ...