If you are a licensed backflow tester, you will no doubt be aware of the current Australian Standard AS2845.3:2010. Peter McLennan takes a look at some of the key changes.

This Standard has recently been revised and there are some significant changes that will mean you, as the tester, will need to follow to comply with testing requirements. 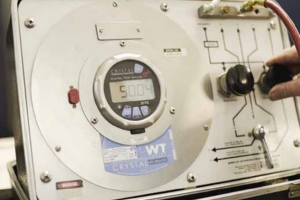 I will go through a few of the changes so you can get an idea how this will affect you going forward.

₁. The Standard is now a joint Australian and New Zealand testing standard. The 2010 edition only related to what was expected in Australia, but some significant work has been done with New Zealand counterparts to build a document that can be used in both countries.

This may seem a small thing to the contractor in the field in Australia, but it serves to bring a greater wealth of backflow testing knowledge to the table and means there is consistency across both countries.

₂. Test gauge calibration requirements have been upgraded so that all backflow test gauges can be calibrated in line with a standardised method.

Calibration companies must now follow calibration requirements like the Metrological Society of Australia Test Methods 1 & 2. These methods ensure the kit is tested at specific points critical to backflow testing and provides the tester with a kit that is consistent with others in the field.

All kits will still need to be calibrated annually and some testers may find their old kits can no longer meet the stricter requirements needed to comply with the new Standard so may need to upgrade. Although a nuisance, it means the safety and integrity of the backflow device is maintained.

Also related to testing, the Figure relating to the Gauge has been changed from Normative to Informative which allows the tester to choose the testing gauge preferred and not be restricted to the three valve analogue type. This introduces the options like the five valve kit and digital kits.

₃. Minor tweaks have been made to the testing requirements of all the devices. From experienced learned since the 2010 edition was published, many areas were identified where improvements and efficiencies could be made.

Make sure you are familiar with the new tests as the procedures you follow now will have altered.

An Atmospheric Vacuum Breaker verification test has been included so that when used in a high hazard, the device can be verified as working correctly.

Although this Standard is not referenced in the NCC, it is in AS/NZS3500.1:2018, which in turn means the new testing requirements will be adopted across Australia.

The Backflow Prevention Association of Australia Inc., is planning a nationwide seminar series where testers, authorities, trainers and consultants can be brought up to speed on the changes. It will include details on the specific changes and their impact on how you test now, plus update your skills and knowledge so that compliance to the Standard in maintained.

This will be released shortly, so please contact the BPAA Inc., at bpaaoffic@bpaa.com.au