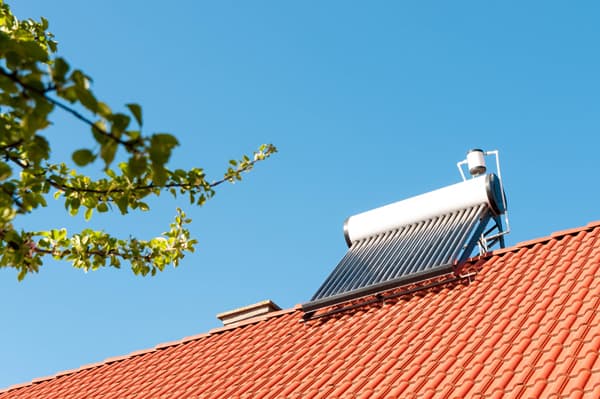 A paper published by a research team led by Dr Urmee and Professor Parisa Bahri outlines the case for further developing the solar water heating industry in Australia and calls for improved customer service to help combat negative perceptions among householders.

“In a nation that has an abundance of sunlight, there are vast opportunities to further develop this industry,” Tania says.

Hot water supply accounts for up to 30% of an Australian household’s energy use, equating to about 10kWh per day. Electrical hot water systems are the most common method of water heating used, followed by mains gas, LPG tanks and then by solar heating, which is gas or electricity-boosted. In line with the rest of the nation, the number of installations of solar hot water systems on homes in WA has been in decline, after a peak period in 2010.

The research found that the upfront costs of installing a solar water heater were a strong barrier for customers, especially when installation, plumbing and roof strengthening costs were taken into consideration.

“The maintenance and repair costs, especially for pumps, valves, connectors and tanks can be perceived to be high,” Tania and Parisa said.

“There is also a lack of knowledge of the benefits and usage of solar water heating.

“Providing a simple way for householders to compare the overall costs of solar water heating to other water heating systems; as well as offering a temporary hot water supply to residents during installation of the system, could improve matters.”

Tania and Parisa also said an improvement in customer service could also counter the negative perceptions obtained from users who had previous issues with their solar water heaters.

The article added that solar water heating industries were most successful in the countries which have limited fossil fuel resources, copious solar resources, and strong government support.