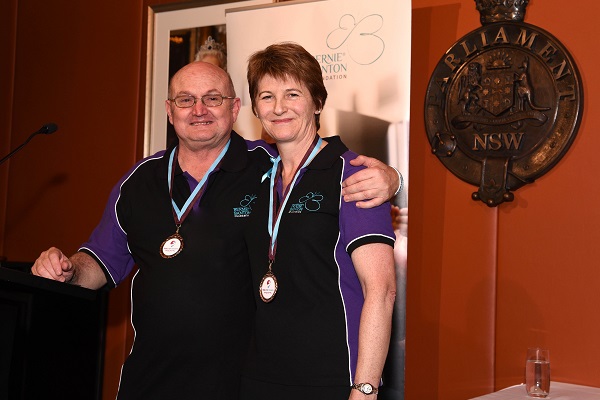 Karen Banton, asbestos-related disease campaigner and widow of Bernie Banton, has announced that she is retiring from her role as chief executive of the Bernie Banton Foundation and that the foundation will close its doors on 30 June 2020.

The decision came after Karen and her husband Rod Smith, who served as the foundation’s awareness and support coordinator since 2012, plan to take a break and focus on their health after spending 20 years of their time advocating.

Funds and assets of the foundation will be distributed to charities with similar objectives as the company. Further details on the funds will be given closer to the closure.

Since its inception in 2009, the Bernie Banton Foundation has supported over 1,100 asbestos-related disease sufferers and family members. Through its advocacy efforts, it has reached over 14 million Australians and has been sharing the important message of risks surrounding asbestos exposure as well as advocating for continued research into the issue.

“I’m extremely proud of what the Bernie Banton Foundation has achieved in the last decade,” Karen says.

“One of the things I’m most proud of is our peer-based support program for asbestos related disease sufferers and their families. My partner in the foundation and in life, Rod Smith, has done an incredible job driving this program.

“The foundation was instrumental in advocating for changes to the Dust Diseases Board (DDB), which has resulted in vastly improved lead times concerning the registration process for dust disease claimants being accepted.”

Karen also recoginsed the work the foundation was able to accomplish alongside its partners: “We partnered with icare Dust Diseases Care, through the Dust Diseases Board’s Grants Program, to fund the distribution of asbestos disease support brochures to GP waiting rooms across NSW. In over two and a half years, the average uptake rate has been 2,000 brochures per month. It is anticipated by the end of this program in May 2020, the program will have reached over 70,000 people.

“The Foundation’s advocacy has also led to more funding for palliative care and more awareness of the risks of asbestos exposure.

“Now, after twenty years of advocacy for victims, Rod and I both losing a spouse to mesothelioma cancer, and ten years with the Foundation, it’s finally time for us to retire and spend some much needed time together as a family.

“We’re ready to pass the baton to the other asbestos related disease organisations already carrying out the good work of supporting victims and their loved ones and raising awareness of the risks of exposure.

“We encourage government, organisations and advocates to continue their support for asbestos awareness as a means to prevent future asbestos exposure and also for medical research into asbestos related diseases in an effort to discover new treatments toward ultimately finding a cure.

“Bernie was a major force in the fight for justice and compensation for asbestos related disease sufferers. It has been an honour to continue Bernie’s legacy of supporting victims and their loved ones.”

Note: a previous version of the article incorrectly stated that the two were planing to take a break and focus on their “mental health”. The correct and current version now reads “focus on their health after spending 20 years of their time advocating”.

1 in 3 organisations admit they miss ...