Innovation originating from anywhere in the world that creates or promotes health benefits in the plumbing industry is something we not only celebrate but praise. That praise is further emphasised when that innovation and technology is developed by an Australian-based company at a time when we are losing more and more manufacturing jobs overseas.

It feels as though only those who innovate really stand a chance of surviving. One such Melbourne-based company is doing just that.

Following on from global research MicroHeat Technologies has scientifically proven  that their Australian developed and patented  innovative method of electric water heating destroys major waterborne bacteria such as E. coli, Salmonella and Legionella, that has – on a daily basis – a significant health impact on millions of people around the world.

And amid a global pandemic, it shouldn’t be forgotten, nor ignored, that other deadly bacteria and viruses still exist.

The first documented outbreak of Legionellosis occurred in Philadelphia in 1976, with more than 42 Legionella species identified. Several high-profile outbreaks have occurred since across the globe. 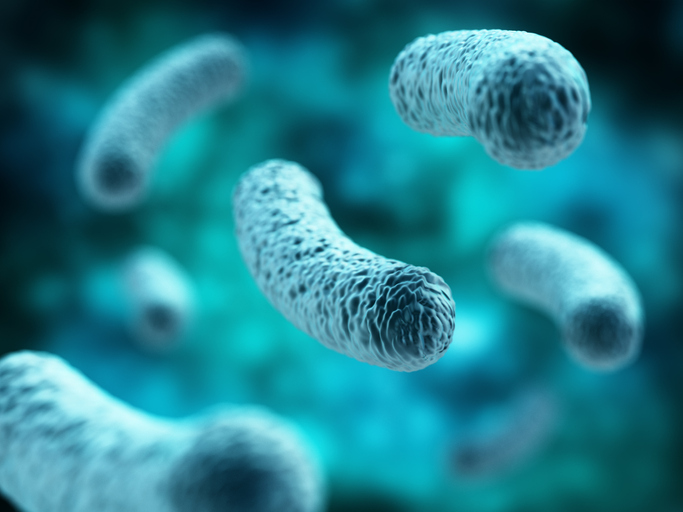 Legionnaires’ disease is a type of pneumonia caused by legionella bacteria.

A significant outbreak occurred in February 2015 in New York, resulting in the death of 12 people with at least 100 others infected.

Closer to home, one of Australia’s biggest outbreaks occurred in 2013, when contaminated warm water drawn through hospital taps at Brisbane’s Wesley Hospital resulted in the death of a patient and left another critically ill in intensive care. It was reported that a State Government energy efficiency program may have increased the risk of Legionella bacteria growing in water supplies.

Temperature controls in place at the hospital meant water could not reach a temperature higher than 45°C. This created an optimum environment for bacteria growth.

Pseudomonas are a more recent development. Pseudomonas is the name given to a diverse range of species. Pseudomonas aeruginosa in particular presents a risk to humans though, especially to the elderly and frail, or those with compromised immune systems. That makes it a problem in hospitals and aged care facilities.

Pseudomonas are currently present in many Australian hospitals.

Legionella and pseudomonas – like many other bacteria – if not removed from the water reticulation system, gain a foothold through biofilm. Some bacteria will land inside a fitting or pipe, form a biofilm and offer a foothold for other bacteria. As the biofilm strengthens, larger microorganisms – like amoebas and protozoans – arrive and feed off the bacteria. Legionella take advantage of these larger organisms. Once ingested, they live inside and breed, bursting free when the larger organism dies.

The disease causing bacteria start to multiply in water at temperatures over 20°C with the highest concentrations found in water samples of 30-40°C. Optimum conditions for Legionella growth are found in warm stagnant water reaching a temperature of around 35°C.

While internal water systems in Australia have traditionally been designed with issues such as Legionella control in mind, inconsistency between the minimal design guidelines of the various States and other regulatory bodies’ means conflicts can occur. The ongoing threat of Legionnaire’s Disease is a very real one and therefore something must be addressed by the building, design and plumbing sectors.

Given legionella and pseudomonas’ ability to spread quickly, become multi-drug resistant, and kill the elderly and infirm, it’s mandatory that bacteria control is more effectively addressed in hospitals and aged care facilities.

A number of measures are recommended to control Legionella bacteria in hot and cold potable water systems. These include:

MicroHeat Technologies addresses many of these measures via its on-demand, continuous-flow, electric water heating solution that would destroy the Legionella bacteria at the point of use even where that reticulation system may have ambient temperatures and optimum growth temperatures below 50 degrees This capability makes the technology ideally suited to both cold water and warm water disinfection solutions. Let’s take a closer look.

MicroHeat Technologies has been operating for eight years with a mantra of delivering innovative hot water solutions to the property industry.

What separates MicroHeat technology from other forms of electric water heating is that it doesn’t use a traditional hot wire or bare element design. Traditionally, these wires/elements sit inside a tube, a voltage is applied and then the water passing through the tube is heated by coming in contact with the heated wire/element, until the temperature of the water reaches the desired, predetermined temperature setting.

To address the likes of Legionella and Pseudomonas it’s important to understand that MicroHeat’s solution does not require additional cold water for stable temperature mixing. Continuous flow hot and warm water temperatures are delivered safely and continuously. Here, heated water temperature is controlled via a digital system that repeatedly monitors and dynamically reacts to changes in the characteristics of the water being heated 100 times a second.

MicroHeat offers a radically different solution. The system uses electricity to directly energise the water coming into the unit, by using the water as the ‘connecting wire’ between electrically-energised inert electrodes.

Directly energising the water in such a manner causes it to heat up without the need for heating elements. The unit precisely calculates and controls the exact amount of electrical energy that needs to be supplied to heat the water, by emulating the thermal heat equation.

As the electrodes are the same temperature as the water being heated, scale is prevented from forming, and neither do the electrodes suffer the same heat stress corrosion experienced by traditional heat exchangers.

The water heating solutions are installed as close to the hot water outlets as possible reducing wait time and water wastage. As plumbers and designers, you will also understand that this means treated water can be immediately delivered to the outlet without passing through any other pipework that can cause contamination.

As a result of this innovation, MicroHeat decided to have its technology validated by the respected research facility at Swinburne University and also the NATA testing authority Eurofins Scientific Australia.

Due to their extreme reactivity, Hydroxyl Radicals (OH) only exist for a few milliseconds. Hence sterilisation takes place within the unit itself with only sterile water being discharged. The Hydroxyl Radicals produced attack and break down the cell wall/membrane of any pathogens present.

Hydroxyl Radicals are one of the most powerful oxidising agents known.

This is shown in the table below. 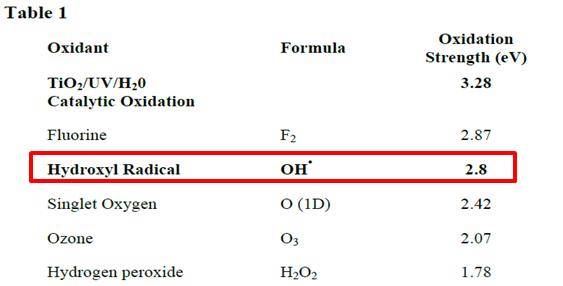 Due to their oxidative strength Hydroxyl Radicals are known to destroy and breakdown all organisms found in water. Hence this method of advanced oxidation is highly effective against:

“Research and testing has demonstrated that our patented water heating technology has been scientifically validated to have the ability to destroy pathogens such as E. coli, Salmonella and Legionella without any impact on the water’s potable quality,” says MicroHeat Technologies founder and inventor Cedric Israelsohn.

“This means the patented technology used to heat and disinfect water can be quickly adapted and implemented all over the world for water disinfection that can be installed at the point of use, or point of entry. In this context, while MicroHeat Technology is used to effectively disinfect water, water heating is not required. This will be a low power water disinfection product that will make reticulated water safe to drink and that is free from harmful bacteria and pathogens.

“The water heating solution can also be applied for use within cooling towers and evaporative cooling systems, preventing the growth of Legionella Pneumophila bacterium, making these systems cost effective, safe and dependable,’’ he says.

MicroHeat also sees the major opportunity to expand its current manufacturing base in Melbourne for its water heating products across the world to help make heated water safe for users, more so in developing countries. 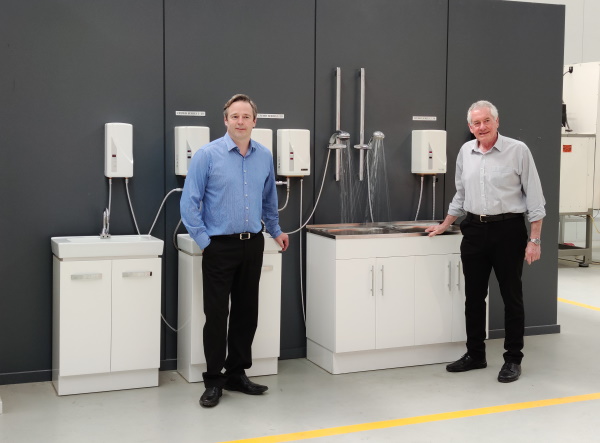 As mentioned earlier, during a time when manufacturing in Australia rolls back due to myriad reasons, this is something to be celebrated.

“MicroHeat will now be embarking on a global phase of expansion from our base in Melbourne,” MicroHeat CEO Brett Hernadi says.

“We believe there will be opportunities to manufacture our relatively inexpensive systems in countries around the world to help protect communities concerned about water used for drinking and bathing.

“There is an ever-increasing need to make the world a safer, and healthier place to live. This makes these types of next generation solutions all the more imperative. MicroHeat Technologies is poised to become a significant player in the next generation water heating and water disinfection industries, saving water, energy and protecting millions of people from sickness,’’ says Brett.

To find out more about MicroHeat and its technologies and products visit the following links: