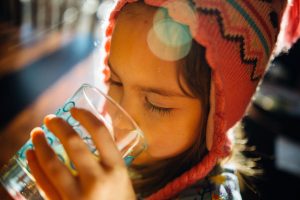 The Master Plumbers and Gasfitters Association of WA welcomes the decision by the Australian Building Codes Board to reduce the amount of lead allowed in plumbing products that are in contact with drinking water.

A lead content limit of 0.25% will be written into the new version of the National Construction Code that will be adopted in September 2022. There will be a three-year transition period so products can be recertified under the WaterMark Certification Scheme to prove they comply with the Code.

CEO Murray Thomas said, “This decision means we have achieved one of our key policy objectives. We have worked long and hard to see Australia catch up with countries such as Canada and the USA that have had a 0.25% lead content limit for years. From a public health perspective, there was no justification for retaining Australia’s existing 4.5% limit.”

“I also want to remind the public to look for the WaterMark Certification symbol on all plumbing products, such as taps, that their drinking water touches. I strongly advise against buying cheap products online. Many such products do not comply with WaterMark, which means it is illegal to install them. They may have an even higher lead content than is currently allowed.”

Lead is a toxic substance that accumulates in the human body. For children, the dangers are extremely serious and include impaired brain development, learning disabilities and behavioural problems. Long-term exposure in adults can cause kidney damage and high blood pressure.

The Master Plumbers and Gasfitters Association of WA will work closely with the Australian Building Codes Board, other regulatory bodies and industry groups to ensure plumbing contractors and the public are well informed about the decision and its public health significance.