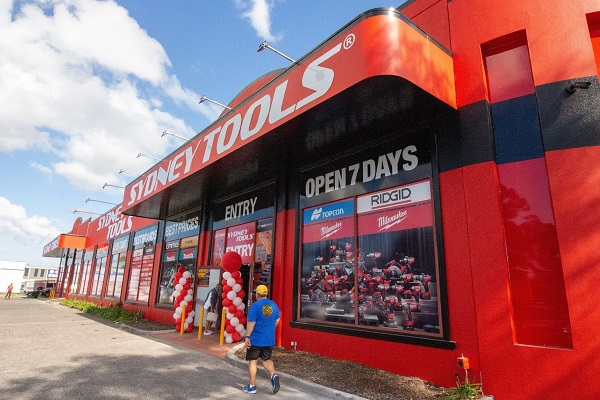 Sydney Tools director Jason Bey says it will open five stores in Queensland, one in each of New South Wales and Victoria and expand into Western Australia, South Australia and the Northern Territory with each getting one store.

“We’re proud to say we’re on track with plans to double our eastern seaboard footprint over the coming five years, and to expand into Western Australia, the Northern Territory and South Australia this year, followed by Tasmania,” Jason says.

“As mooted in 2019, we’re on target to have 70 stores opened within the next five years, employing more than 1,000 people nationwide.”

“While our online sales are growing rapidly, more than 94% of our revenue has been generated through our bricks and mortar retail outlets. Customers like to see and review the product first hand, which is allowing us to expand in a way counter to most retailers. You can say we’re a bright spot in a struggling retail economy,” Jason explains.