Legionella does not discriminate when it comes to spreading its potentially fatal wings. As a result, various countries have been forced to manage all facets of the bacteria, including its cause and effect. Kelvin Slade is leading the charge to ensure Australia raises the bar when it comes to managing Legionella in our own backyard. 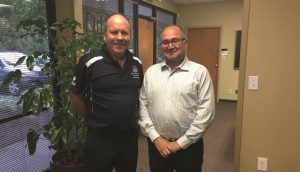 It’s hard to believe there’s no formalised training available in Australia to adequately educate plumbers and facility managers on Legionella detection and management. When you consider the serious nature of the potentially fatal infectious disease that is Legionnaires, it begs the simple question, “Why?”

Thankfully, steps are being taken to rectify this situation. And one individual in particular, is flying the flag for us down under.

Kelvin received The Park Family Churchill Fellowship to research Legionella training with the goal of implementing a course to educate plumbers on infrastructure treatment.

As an industry trainer that delivers licence endorsement courses throughout Queensland for Master Plumbers’ Association Queensland, it became evident to Kelvin, via the Thermostatic Mixing Valve course, that there’s a knowledge gap in the plumbing industry about the bacteria and the disease. His business also services aged care and healthcare facilities where they have treated systems infected with Legionella. 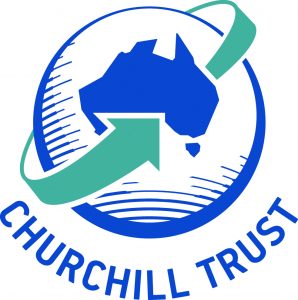 “I found the research needed to appropriately educate myself to be frustrating. This eventually led to me apply for the Churchill Fellowship,” said Kelvin.

“The purpose of the fellowship is to allow ordinary Australians like myself to conduct research in their chosen field, in the Northern Hemisphere and other parts of the world where it is not readily available back home. Upon our return, we set about putting that research into practice, with the aim of making a difference to the wider Australian community.”

Let’s take a brief look at some of his key findings.

“I started in the US at the American Society for Heating, Refrigeration and Air Conditioning (ASHRAE). It publishes a library of standards and guidance for the built environment and is very much seen as the premiere organisation in the States.

“One of the key things that came out of my visit to ASHRAE was the importance of disseminating information to the public in a language that the non-scientific community can understand and absorb.”

The next stop was the Centre for Disease Control (CDC) in Atlanta.

“The purpose of my visit to the CDC was to get a holistic picture of how Legionella management and control is dealt with nationally in the States. 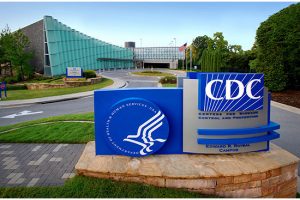 “I consider myself extremely fortunate to have had access to such highly qualified and experienced professionals. This included the likes of a biologist, epidemiologist and a microbiologist; all of whom specialise in the field of Legionella,” said Kelvin.

Similarly to Kelvin’s discovery at ASHRAE, the CDC explained that the public can’t be left in the dark.

“The public needs to be further educated on the subject. They want to know specifics, but as the CDC explains, there is nothing specific about the Legionella bacteria. Government agencies simply need to better understand how to communicate with the public.”

Another common theme that seems to have come about during Kelvin’s travels was the issue of training and the fact it is regarded as paramount for all involved.

As part of his time in the States, Kelvin also visited Pathcon Laboratories where he was hosted by its president, Dr Brian Shelton. It was the first laboratory to offer Legionella testing services to the private sector.

One comment that stood out in particular was this: “We should not blindly adopt a standardised approach to all systems as each building, its system design, use and geography is individual,” said Dr Shelton.

“One of the first things that surprised me during my time at Belfast Health and Social Care Trust was that they don’t just hold one person responsible for water safety. Instead they have a group,” said Kelvin.

“There is actually a team in Belfast who goes around sampling for Legionella daily. In fact, they lift 3500 samples a year. And they follow a descriptive flowchart when various counts of readings are found. It’s definitely something I believe we need to adopt here in Australia as it minimises the risk of error.”

It is worth noting the standard used by laboratories in the UK and the EU for sampling and testing Legionella is the International Standard, which stipulates sampling and reporting on one litre of water per test, which is referenced in the three (3) band approach used in the flowchart.

During his time in Manchester and the Midlands, Kelvin observed that Legionella and Pseudomonas are equally recognised and treated. Risk assessments are seen as vital and water hygiene training is quickly becoming a pre-requisite for any contractor working on building water systems.

In the UK particular focus has been directed toward hospitals, whereby bottled water dispensers have become outlawed in the UK for patient use due to surprising test results from bottled water.  Scoop ice machines have also been outlawed in hospitals due to presenting a Pseudomonas risk.

Kelvin says he research would not have been complete without investigating the training available in the UK. 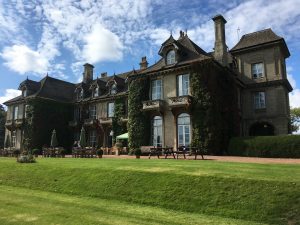 “There is a wide scope of training available which is facilitated by a number of organisations. I chose Eastwood Park for three reasons, reputation, trainer experience, and course availability. The chosen course was Practical Water Safety for Healthcare Premises, which lasted five days.

“The course was intense but did not disappoint, giving me maximum exposure and insight into the regulatory framework for water safety,” says Kelvin.

Speakers from around the globe came together to inform delegates of the practices, statistics and regulations pertaining to Legionella control in their respective countries.

The following are extracts from Kelvin’s final report – Legionella training to educate plumbers on infrastructure treatment. We believe really highlight the issues we’re facing in Australia when it comes to Legionella.

‘There is little doubt that Australia is sadly lacking in water risk management practices in health care and aged care facilities when compared to the U.K and some European countries. My research indicates that Australia is some 15 years behind the U.K, in recognising the Legionella risk, regulating an appropriate Approved Code of Practice and management measures. The Legionella risk profile in Australia is higher than the UK, similar to Germany and the USA, when our temperate climate is taken into consideration.’

The Legionella Awareness Course will be facilitated through the Master Plumbers Australia network in most states.