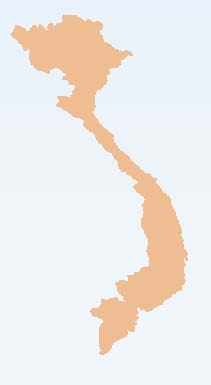 Around 74% of the Vietnamese population live in rural areas, where only 66% of rural residents have access to clean water, compared to 82% in urban areas.

About 52% of the households in Vietnam’s rural population have access to adequate sanitation, compared to 76% for sanitation in urban areas.

The figures vary significantly by province, with poorer, more remote provinces typically having much lower coverage of improved water and sanitation services. Approximately one million cases of diarrhoea-related disease are reported each year, and all are preventable with the adequate provision of water and sanitation facilities and proper hygiene practices.

From 1999-2005 the Vietnamese Government implemented the National Targeted Program on Rural Clean Water and Sanitation, which resulted in nearly 40 million of the rural population being provided with access to clean water and hygienic latrines, with increased waste water treatment facilities for animal farms and craft villages.