Building a Conspiracy – Construction Industry Greenwash at its Best 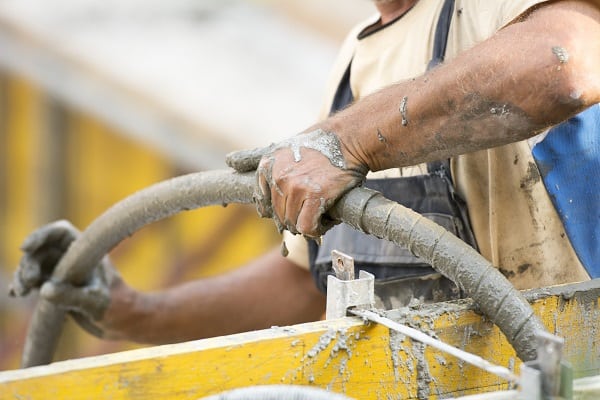 In August 2017, Four Corners exposed waste contractors who disposed of trucking waste for recycling over the border from NSW to QLD and into landfill to avoid local costs for waste disposal. The cost saving achieved by this illegal practice was $138 per tonne of solid waste.

It has now emerged that liquid trade waste is being dealt with in a similar manner by construction companies, with widespread disregard of industry regulations as untreated waste is simply discharged directly to the sewer without any of the required approvals. The cost saving of this practice is around $250 – $600 per 1,000L of contaminated water.

During the construction of residential, commercial and other infrastructure, the need arises to washout tools and equipment in water. This large volume of ‘washing water’ is typically contaminated with paint, plaster, sand, cement, grout, gap fillers, adhesives and other construction chemicals used during construction of all buildings.

Commercial trade customers (such as retail food, automotive, shopping centres and commercial laundries and printers) must pay for their trade waste disposal and meet very strict discharge limits.  Trade waste approval requirements and charges are there to recover the cost of treating the contaminated water, and to protect the sewer from damage by prohibited chemicals. The result of the construction industry’s unlawful discharge is inevitably higher wastewater service charges on other companies and households, in order to cover the costs of trade waste treatment that is not being recovered from these larger construction sites.

In addition, based on the Sydney Water guidelines for trade waste discharge (which are ultimately based on NSW and national guidelines) the types of discharge that are currently disposed of from these construction sites would not be approved for disposal into the sewer systems due to the high suspended and dissolved solid content, high pH and colour.  Unfortunately, due to lax enforcement and limited self-regulation given in the construction industry, the disposal activity on construction sites continues unchecked.

When the sewer system is overloaded due to high volume or storm events, the untreated waste water is discharged directly to the environment.

The NSW Government has projected that a total cost of $1.62b will be needed to complete sewage overflow abatement works within the Sydney Water sewer system – clearly indicating that the current system does not work and that any untreated waste is at serious risk of entering the environment.

According to tests carried out by Washbox, a company who designed an automated system that not only recycles wastewater, but also captures waste solids from a liquid waste stream, the contaminated waste water being disposed into the sewer system from these sites is at a pH of 10-11. This waste in Greater Sydney is also estimated to contain over 20,000kg of hydrocarbons as well as thousands of kilograms of zinc and titanium and hundreds of kilograms of copper, nickel, chromium and other trace metals.

With Australia currently in the midst of severe drought and Governments acutely focussed on water management now is the time to start enforcing regulations in an effort to stop the construction industry wasting water and polluting our waterways by holding constructors accountable for their individual waste management practices.

Tradies urged to protect their hearing against ...