PVC fitting failures at the property connection are a cause of concern for the local water authorities. We caught up with Dr Greg Morwood for an update on changes in the DWV fitting supply market. 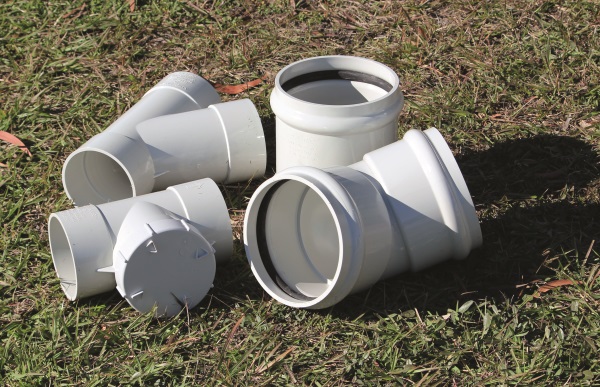 Water authorities and local councils around Australia are making specification changes due to the number of issues occurring in and around the property connection as a result of movement in reactive soils, substandard or disturbed bedding around the fittings.

It is worth noting that water authorities changed the specification to heavier duty pipe (SN8 or SN10) several years ago, but for some reason the fittings remained the same.

Repair costs can be in the tens of thousands if the failure is not discovered until after all services have been completed, often not until the homeowner has moved in.

The sewer system is usually the first service to be installed, at the lowest level on the site, followed by storm water, potable water, electrical and communications services.

“Unfortunately it has been common that the sewer was found to have cracked fittings during or after the commissioning of the system, meaning the asset owners needs to locate, dig up and replace the damaged connection,” says Plastec research and development manager Greg Morwood.

“SEQ Water was probably the first to note these issues, subsequently changing its drawings to specify the use of the reinforced house connection assemblies or Type D fittings in certain instances.”

SEQ Water is currently reviewing a range of strengthened moulded fittings to complement the GRP junctions and bends currently specified.

SA Water is the most recent mover, with an amendment to TS 0502, released on 4 March 2019 to specify reinforced fittings for ALL 100 and 150mm assemblies in the waste system.

“The fittings included by SA Water incorporate the house connection branch to the main line and beyond as failures have been observed and contractors were not keen to have two fitting ranges on site due to the risk of mixing the stock,” says Greg.

Sydney Water requires pipe to be either SN8 or SN10, while fittings are to be a minimum of SN8, which the super duty fittings do comply with, where standard fittings may not. Typical fittings in its system are fabricated assemblies of SN8 and SN10 pipe.

WSAA, Water Corporation (WA) and the Melbourne Water Authorities are currently reviewing the statistical evidence that is being provided by the civil industry to determine if they should specify the super duty products in its drawings as SA Water has done.

Some reports indicate that Melbourne-based contactors are being advised to use super duty fittings on the request of their local water authority, even though an official change hasn’t yet been published.

Plastec is one of the companies addressing these industry requirements with the introduction of its CivilTEC super duty range of product, an AS1260 approved range of moulded fittings that have been strengthened beyond the minimum requirements of that standard.

“SA Water has taken the lead and approved a product range that meets the minimum performance requirements but will also perform on sites with a mix of contractors moving in and out, each with their own time and budget pressures.”